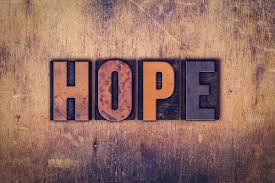 And here I am, desperately awaiting your arrival.

Christmas is rapidly rolling around, and my kids are pretty excited. Remarkably I’ve done most of my shopping. We’ve been playing a mixture of Michael Buble and Sufjan Stevens (it sets the mood and comforts me no end.)

But to be honest, I’m kind of feeling frayed and frustrated. A little bit scared in fact. You know this smoke that lies heavy upon Sydney? It feels like a heavy pall of all that is to come. And the water – where is it?

Yes, all this has been happening elsewhere around the world; and scientists have been telling us about this for years. But I’m a pretty simple person, a little caught up in my own world – and it’s here on my shoulders now.

And what worries me most is that we seem to be doing the exact opposite of everything we need to do to make things right. We seem to elect the most smug, unintelligent, fear mongers available as our political leaders. We seem to pour more and more money into destructive habits, destructive to the environment and destructive to the fragile bonds of community that hold us together. And we seem to get more and more outraged and upset over things that are distractions – like movies, tweets, and celebrities.

So when I read Isaiah 35 with the desert blooming, and the springs of water on the thirsty ground. I’m in. Bring it on.

And that Holy Way would be pretty handy too. Even if you could let this middle aged fool stumble his way onto it.

Basically, if it is Advent, where is your Advent? Where are you among us when everything feels like its crumbling apart?

And then I read a bit further, after this vision of Hope in chapter 35, and I see once again, that it sits within the context of Jerusalem being besieged and the slow coming apart of Judah. So I suppose it’s meant to be a sign of hope, a story of renewal and possibility in the midst of fear and despair? A reminder to keep living hope, even when you can’t see it? That’s pretty good. That’ll preach as they say (which is lucky because that’s what I’ve been doing for a little while now)

But some days it still seems too small, too utopian – too lyrical in the face of Murdoch and Fox news and more racism.

So I turn my mind, almost reluctantly, to the Advent season – to this unfolding story of scripture. I wonder how many other faithful, frightened people prayed for you to come and sort it all out – send the Maccabean hammer, or the Warrior king David. And yet you kept sending poets, prophets, farmers and fisherman. Until you sent, in fact you came among us, as a newborn babe.

That’s what you did.

You became one of us.

You danced among us like Rowan on carols night

You relied upon Mary like Sebastian needs his Mum Leslie

You asked questions like Daniel (endless, amusing, annoying, and bouncing of every silence)

You, didn’t come and start a war or run for government

You came as a child.

That’s pretty risky, because when I’m frightened, I’m more likely to follow a strong leader how says they’ll fix it, or keep me safe. But I’ve also read enough to know how that usually goes.

So God, perhaps this is my ask – be with me when I’m frightened and stressed – just enough to get me beyond the dulling thrill of fear – to see you again as a Baby. To see hope and newness, as small and fragile as an infant – as full of wonder and possibility as a child.

Remind me that everything is not already fixed and set. And that when fear closes down possibility; hope spies new roads around the corner

Hope and possibility that says we can be more than angry consumers and selfish suburbanites; but faithful people of God who do love their neighbours and do rejoice in your earth

Let me see that the love you bring, small as a newborn baby, is still here, still looking for people like me to nurture it, to cuddle it, and to feed it into life. Perhaps that’s where I’ve ended up for this morning – help me be more than this nervous fear – and let be more true than the false signs of triumphant power.

Let me be ready to unwrap love in the small moments, the mundane acts.

So that I can see your Holy Way,

Not the super highway of certainty,

But the meandering laneway of love.

In all your tiny wonder.

For not even death could overcome that.

A church of gratitude

The Apostles Creed?
Scroll to top